Kit’s mom, Betsy, passed away in July of 2016.  She was an incredible woman. I’d have to write another book if I tried to pay her tribute the way she deserved, so let it suffice to say that she lived an honorable and rewarding life filled to the brim with close friends and even closer family.

Betsy’s family (the McKinstrys) along with another family (the Balls) bought the Tregay homestead in Black Hawk, Colorado nearly a century ago, est. 1926. Her life was plum-full of savory memories of hiking, picking wild flowers, and eating mountain mushrooms while picnicking at Olive’s Knoll.

Betsy and her husband, Ed, had dreams of building a log cabin on the property, but life is sometimes shorter than we expect and almost always passes by at the speed of lightning.  The log cabin dream, as if it were passed on through DNA, became their youngest son, Kit’s, dream too.

It’s no surprise Betsy wanted her ashes spread over the land she held so dear to her heart. She’s not the only family member who made this request either, which is one reason why many people find the hills surrounding Olive’s Knoll rich with sentimentality.

Because of this, we felt it was only right to ask each emotionally invested person for his/her blessing before moving forward with our plans. Thankfully, we received warm blessings from everyone! 🙂

The piece of property where we plan to build is just below the picnic site at Olive’s Knoll. It’s nearly eight acres in total.

The main deck of the cabin will face southeast directly toward Snowline Lake. From our back deck, the national forest will be about two or three stones’ throw away to the northwest. We’ll have neighbors flanking three sides but won’t be able to see any of their houses from ours, at least not when the aspens are covered in leaves.

View from our lower meadow looking at Snowline Lake.

We plan to build about 500 ft or so off the main road, so our view from the front deck will look something like the picture above.

This will be the entry to our driveway. Pictured above is actually our neighbor’s driveway. He was kind enough to agree to an easement so we could cut our new driveway off of his existing entry. Where his driveway begins to curve up to his house, we will cut ours along the aspen grove the other direction, creating a Y shape.

View from the McKinstry cabin which still stands today! 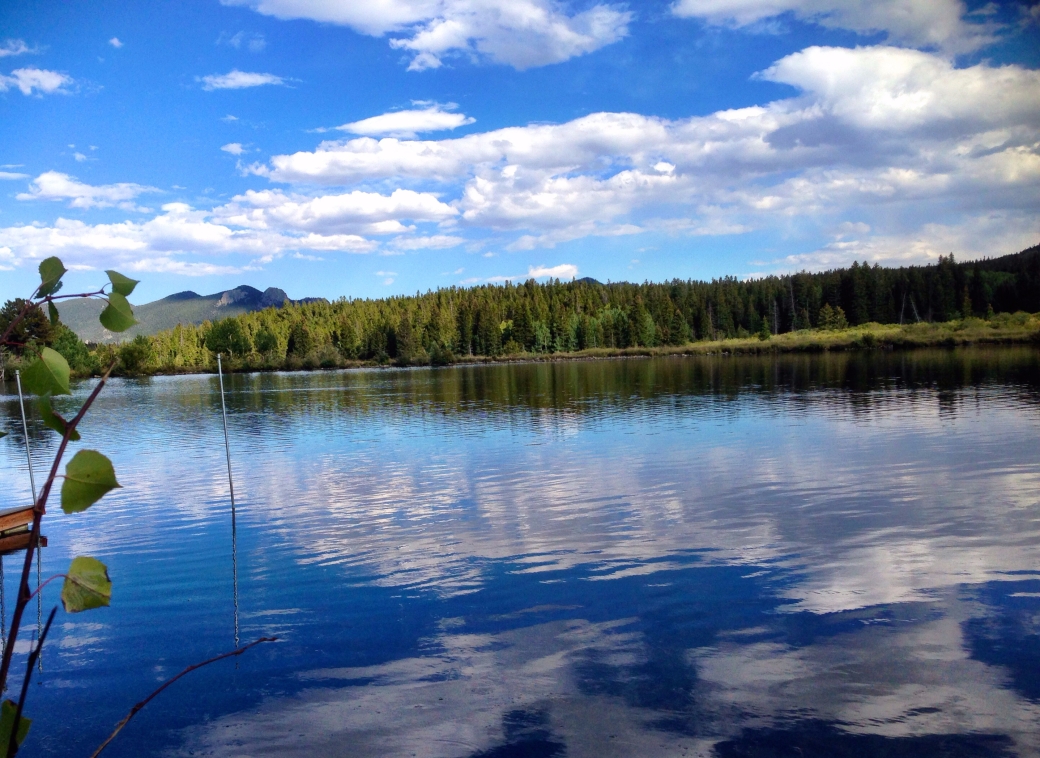