One warm summer day in late August 2016, we decided to kick off the planning process. We met with a local log cabin designer, Jeremiah Johnson Log Homes. We drove up to Dumont, Colorado to meet with Dennis Anderson, the owner and a third generation log cabin builder.

It was pretty important to us to select a company that could provide quality craftsmanship. After our meeting with Dennis, we got serious about researching other log home providers. Even though we had a good feeling about Dennis and his company’s apparent skill and artistry in handcrafting “cabins with character,” we wanted to carefully shop around before making such a big decision.

We attended the Denver Log and Timber Home Show in October of 2016 and collected information on at least fifteen different qualified companies. We assembled a binder of materials to help organize our research.  In the end, we decided to go with Dennis Anderson. Honestly, while his prices were a bit higher, we liked that he was local and a third generation log cabin builder. We were willing to pay a premium for that.

Next, we reviewed literally more than a hundred different floor plans, many of them published on the Jeremiah Johnson Log Homes website. Once we finally selected a floor plan that basically met our needs, we started to customize it from there.

Below is a picture of Jeremiah Johnson’s Pine Mountain, which was our starting point. Since we planned to face the cabin toward Snowline Lake, a large deck and big windows in the front were of primary importance so we could capitalize on the beautiful view. Due to the topography of our building site, a cabin built into the mountain with a walkout basement made the most sense. 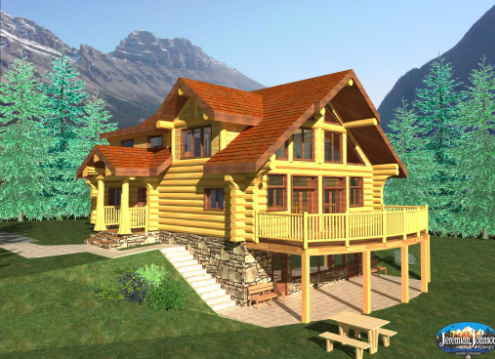 At this point, we knew we wanted the master in the loft, the main living area (kitchen, dining, living room, guest bedroom, bathroom, etc.) on the main floor, and our garage, gym, laundry, ½ bath, home offices, and, of course, Kit’s fancy “gun-room” in the basement. That being said, our final plans ended up being a little bit larger than our starting point with Pine Mountain, but it definitely proved to be a good place to begin designing our custom home.

In September of 2016, we submitted our well permit application to the Colorado Division of Water Resources. That same month, Dennis set up a meeting with John Kennedy, the general contractor he recommended to us. We met John and his brother, Jack, and immediately knew we were in great hands. John and Jack have been building premium custom log homes in the Black Hawk area for years. Fun fact: John lives only a few miles from our building site!

At our first meeting, we discussed general design, what type of logs we wanted, water and septic, electricity and other big-ticket items before heading over to the building site and showing them around. After John and Jack walked the site with us, they took us to a few local, current builds so we could talk to some references and get a few “real-life” examples of log types and floor plans.

On their recommendation, we decided to go with Western Red Cedar logs. It’s an expensive species but worth the additional cost in our minds. Here are a few reasons why:

Despite the cost difference between other species, we ultimately decided that as long as we got the “bones” of the structure right, then we could always remodel or improve the interior of the structure later in life if we wanted.

How we morphed from the original Pine Mountain design (pictured above) to the final rendering (pictured below) was an eight month process. Kit fielded most of the hundreds of emails and phone calls that ensued during the next eight months of construction planning. (He’ll be posting blogs about some of the more nerdy, technical stuff related to engineering and construction. Stay tuned for cool renderings and engineering photos!)

While Kit fielded those calls, I handle the hundreds of emails and phone calls that were necessary in order to secure a construction loan. (I’ll be posting a blog about some of the more nerdy, technical stuff related to financing, but don’t worry, I’ll keep it short because I know that’s kind of boring.) 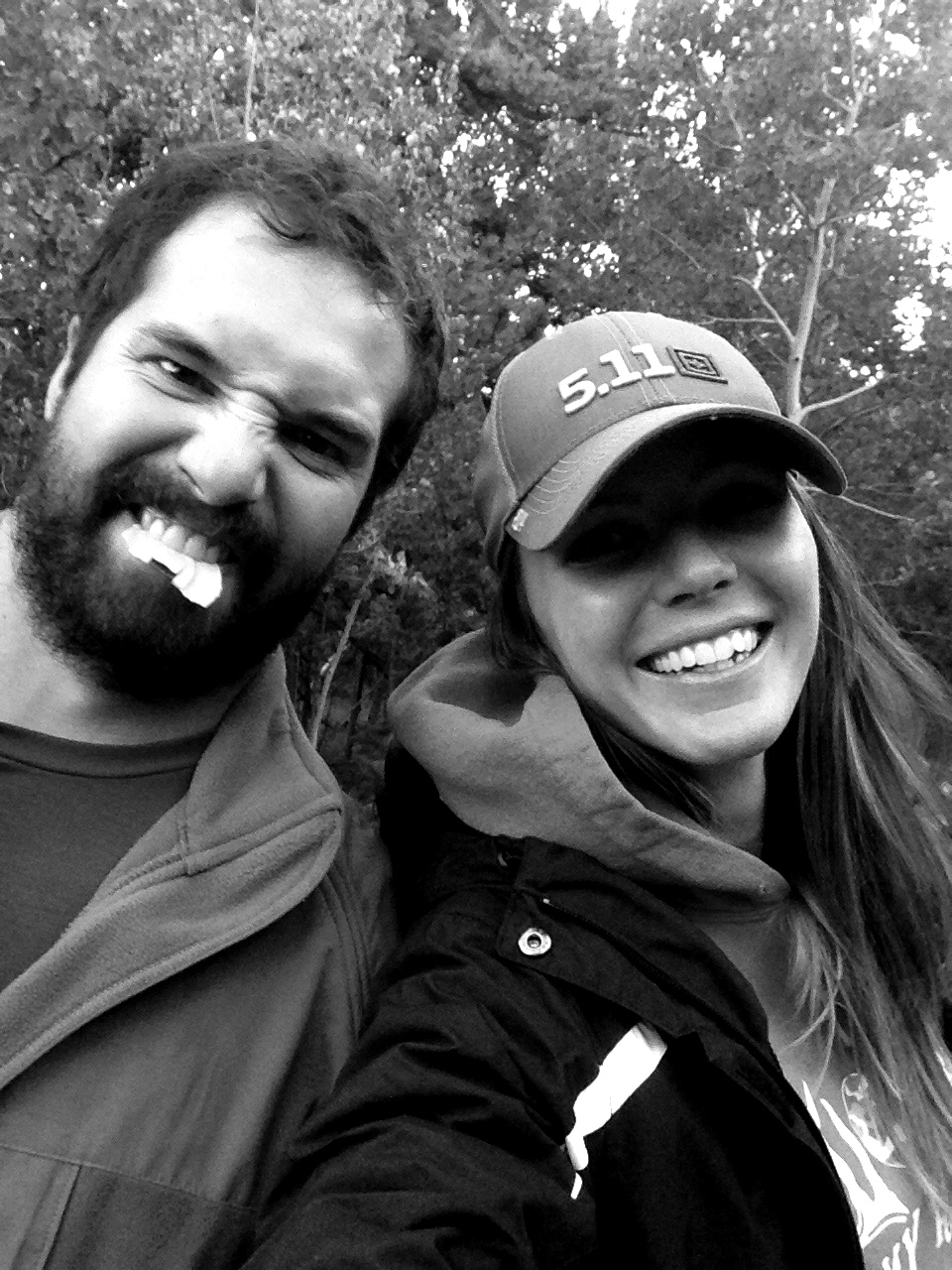 Picture of us bow hunting elk just behind the McKinstry cabin.